I have always confessed to being a bit of an adrenaline junkie. Maybe, to some extent, all ‘performers’ are.

But all sources of adrenaline are not created equal. Adrenaline – infused with the terror that comes with knowing that you really have no power in a given situation – is bad stuff for me. I first learned about it in 2002 at the Kalandia checkpoint in the West Bank.

I was traveling through the West Bank and Gaza with some others who were trying to enhance their understanding of the political situation in the area. I had read so much on the subject; I really thought I understood what I was stepping into. And most of my experiences were in line – or within a standard deviation or two – of what I had expected. That was until we got to the Kalandia checkpoint.

This episode was towards the end of my trip, so the idea of a checkpoint was no big deal. I’d successfully navigated my way through many. But Kalandia was different. Clearly, officers and civilians were on all on edge. The crowd was thick. It was late in the day and really, really hot!

Tanks were driving forward and backward into the crowd to keep it broken up. Random shots were being fired for the same reason. People were screaming at the officers and at each other. It felt like the brink of a riot.

18 years later, I can tell you that I don’t remember AT ALL how much of all of that was required of me at Kalandia. I have no idea how I got through that checkpoint. I remember other checkpoints; and I DO remember being on the other side of Kalandia. We were going to visit Birzeit University and I was excited about that.

Excitement can’t trump terror-infused adrenaline. Perhaps THAT is what I need to remember. Or do I?

Apparently I did as I was told – whatever it was. I’m pretty sure that I wouldn’t be here to tell this story if I hadn’t. I’d never felt so inconsequential in my life.

My Daddy was career Air Force and a patriot. He had a tremendous respect for our country, our government, and for the notion of ‘authority’. But, as I recall, he gave off a vibe that suggested an assuredness that he was smarter than anyone else in the room at any given moment; a vibe bolstered by many debates that proved his supposition.

I’m a lot like my Daddy. But I haven’t figured out how to obey rules that are made by people that I don’t think are as smart as I am – and I’m beginning to think that I never will. I wish I had thought to talk to him about that before he left the planet – but I think it’s all about “choosing your battles”. It’s about knowing when you are TRULY in over your head, knowing if you have any real recourse if things don’t go your way, and knowing when the person (or governing entity) on the other side places little or no value on your next breath. 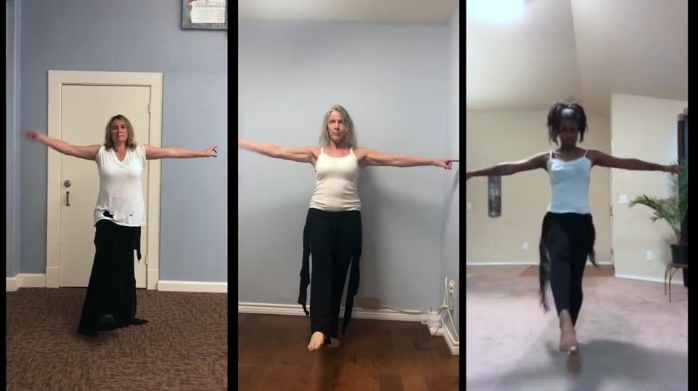