You know what fascinates me?  How someone can memorize tiny components of a craft and then practice memorized sequences and phrases and then that thought-intensive, rote, often sequential behavior somehow magically transforms into a great improvisation.

My big brother is ten years older than me.  I remember when we both still lived with my parents and he was studying Karate.  He would execute his “katas” on the back patio. (“Kata” literally means “form” – it’s a sequence of movements that you execute while attempting to maintain perfect form.)  Somehow, magically those katas have kept him from getting his a** kicked in street fights. Street fights are improv. This is what fascinates me. 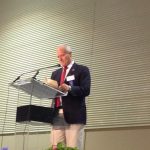 I remember the many years that my husband Tommy was running for or holding office and the hundreds of political speeches – from him and others – that I heard during that time.  I was in the conference room when the consultants would rehearse with the candidates – ensuring they said the key words for their platform and, more importantly, avoided the antagonistic phrases of the day!  Then after a debate, with the pressure of people (both for you and against you) in the audience, ambitious reporters would ask tricky questions.

Answering tricky questions from ambitious reporters is improv. Hedging the question and forcing the use of the platform words is also improv, btw!  It fascinates me.

This type of fascination is what created “Project Band” – the curriculum at my studio that attempts to wean dancers off of coded combinations and choreography by using live music as the motivation, tool, and (sometimes) weapon!  It works.  And more on that later.  But here’s what matters now.  Here is what, in my opinion, is irrefutable:

A person gets better at improvisation in a certain craft when they are able to put themselves in situations that allow them to improvise in that craft – over and over.  Period.  No substitute works as well.

My brother fought in several karate tournaments over the years.  He didn’t go from “kata on the patio” to winning a street fight.  My husband’s handling of the random questions wasn’t as good when he ran for State Representative in 1980 as it was when he ran for re-election to County Commissioner in 2010.  He’d had many years in office and thousands of ambitious reporters with tricky questions in between.

Here’s another thing:  If you really want to get good at improvisation, you need to identify the critical variables and then, as you practice, those variables need to keep changing.

If my brother had fought the same two people over and over – even as they continued to improve, or if he had fought tournaments in the same location, he wouldn’t have been as prepared for a real fight.  If my husband answered only questions asked by ONE particular reporter – even if the questions were different every time, or if he was always asked questions on the same topic, he wouldn’t have refined his ability to respond quickly and relevantly. 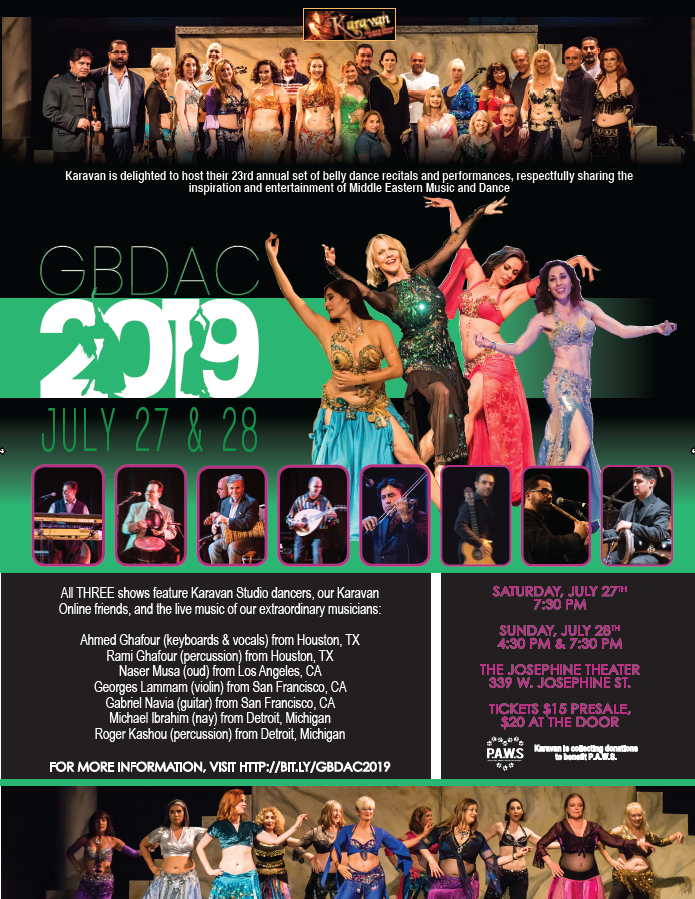 In Project Band, the main variables are:  venue, musicians, audience make-up, musical selection, and goals/assignments/challenges of each dancer.

NO ONE messes with Project Band without a fight.

As of early March 2020, the number of performance improvisation opportunities that I had set up for Project Band participants almost DOUBLED!  The venue owners and musicians that we had been working with caught the enthusiasm and began working with me to create more and more events.

Our first – in what was to be a series of FIFTEEN events to work on improv before our big show in July – was on March 14 at Saffron Persian Cuisine.  The dancers and musicians did a great job and had a great time; but we were the only ones there.  The COVID-19 crisis had just begun.  Four days later, on March 18, the city and county shut down restaurants: the first death of a critical Project Band variable.

To be honest, I can’t chronicle the other variable deaths because they all came so quickly amidst my daily slides across the COVID-19 Spectrum of “OMG, we’re all going to die” to “This is a ridiculous overreaction.”  I just know that I was deemed a “non-essential” business (but liquor stores weren’t), that we were all supposed to stay home or stay 6 feet apart or maybe both and that we could gather but only in groups of 10 or less (or maybe it was 5 or less).

After a month, I had settled somewhere in the middle of the spectrum and was determined to save my baby with a boundary-pushing, inconsistency-exposing live music event. 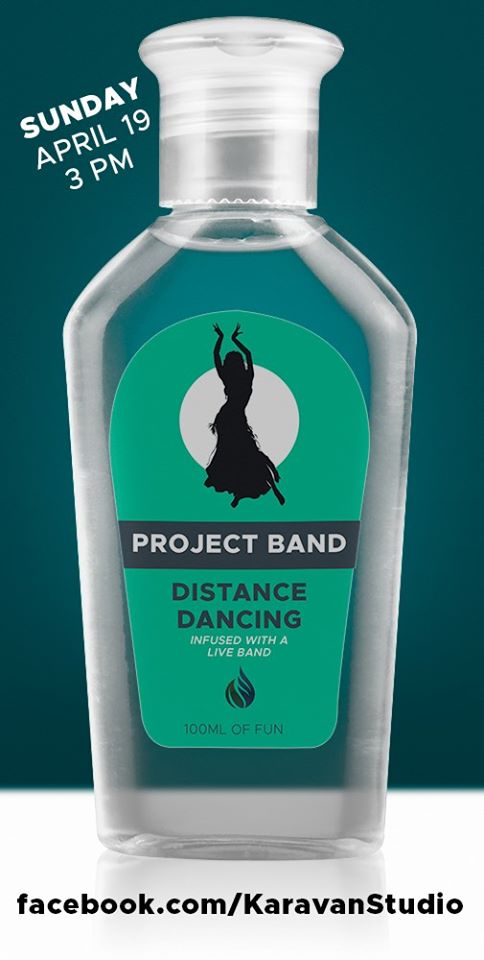 I thought the idea for my event was creative.

I had hired two musicians (critical variable).  They agreed to stay ‘socially distant’ in the studio.  I had hired a videographer to run the social media component so we would have a virtual audience (critical variable).  I had invited all (27) Project Band dancers to participate; but I made it clear that they certainly didn’t have to if they were uncomfortable with the idea.  More than half agreed to do it.

My current studio is located on the property of an old public school.  The property is huge.  I am one “classroom” in a very large building.  I scheduled dancers so that there would never be more than 4 of them in the very large building at a time; one in the studio dancing and 3 spaced out in a ‘socially distant compliant’ manner in the long hallway, waiting their turn.  We designed a messaging system to keep the flow moving.

Deep down, I knew Daddy wouldn’t have approved.

Daddy’s ideals were developed during wartime.  When at war – with tried and true strategy and weaponry, and against a clear enemy – you don’t question authority.

You do as they say.  This wasn’t that.

“I lied. This ISN’T the last part of my “Breaking the Law” series.  I can’t even obey MY OWN rules!!  I just have so much assimilating to do and it only seems to happen when I write.  I had no idea.  Next one will be the last one.  Or not.” – Karen Barbee, May 2020